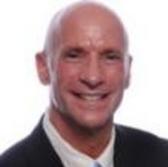 Mr. Davis is a former college and professional football player. He is also an entrepreneur as well as a motivational speaker who has spoken in over 9,000 schools and corporations, in 62 countries, including Australia, India, England, Russia, Brazil, China, Japan, Egypt, Nigeria, and South Africa! He graduated from the University of Southern California with his teams highest grade point average and a degree in Business Finance. While playing football at USC, Keith was selected as an All-Conference player, and also selected to the All-American Strength Team. He played in one of college football's most prestigious games, the Rose Bowl. He has won 2 Championship Rings. After college, Keith signed his professional football contract with the NFL New York Giants. He was one of the strongest players on the team. Keith has had an incredible journey. Growing up in the inner city of Los Angeles Califonia, he had to overcoming poverty, family drug addictions, domestic violence, and major academic challenges as a teen. He continued to persevere, and now he effectively teaches others how to continue to dream their dreams! Keith Davis is currently the founder of Winners Incorporated, an international organization that inspires and assist educators, students, and parents, across the globe. 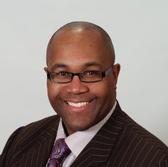 Dr. Cook has a doctorate degree in Special Education, served as Teacher, Facilitator, Curriculum Specialist, Site Administrator , Director of Special Education.  . She  provides service and training to teachers on Differentiating Instruction, Learning Modalities, Analysis of Test data to Drive Instruction.  She has also presented at the CDE Title I Achieving  Schools Conference. Her role is to provide guidance counseling  assistance to students with IEPs, advocate for students of Special Needs and provide  Professional Development for  parents/caregivers and teachers of Special Needs students. Dr. Cook assists clients with maintaining medication regiment, public benefits and educational opportunities as appropriate.  She assists with mental health,  domestic violence and safety planning services and referrals.​​

​Dr. Rosie Milligan—a woman who knows no limits. She is a Registered Nurse, Author, one of Los Angeles’s Renowned Financial Gurus, a seasoned Senior Estate Planner, Business and Credit Consultant. She also holds a Ph.D. in Business Administration. She has always been an achiever. She is sought after nationwide for her business and financial coaching services. Every career or business she’s been involved in has included helping other people accomplish what they wanted in life. Her motto, “Erase ‘NO,’ Step Over ‘CAN’T,’ and Move Forward With LIFE,” has been a motivating influence for hundreds to whom she has been mentor and role model. 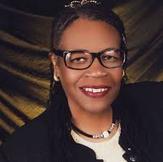 ​​Reginald often delivers dynamic keynote addresses, facilitates workshops, and works with youth on developing and implementing "A Winners Mindset." He is a serial entrepreneur, former English teacher, and professional football athlete. He has a passion to empower and inspire individuals to be successful. All because he has been helped and inspired during his journey. With the understanding that success is defined differently for all of us, we work with schools, organizations ‘and on special projects that empower people with the tools for success. A former NFL (New York Jets) and CFL player, he also finds time to serve on several boards of national organizations working with youth. A former high school and middle school English teacher (17 years) he has worked on statewide assessment development and curriculum for the State of California. He currently consults with companies in a variety of industries from apparel manufacturers like the Retired NFL Players Congress, to tech industry innovators. 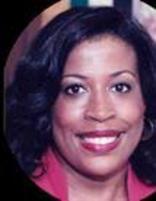 ​Dr. Bryant is the National Sports Director for Rev. Jesse Jackson and the Rainbow PUSH Coalition, organizing events and engagements with current and retired athletes, local sports programs, as well as being a liaison to the NCAA, NFL, NBA, NCAA and Major League Baseball. He is also Co-Director of the PUSHTECH 2020 Silicon Valley Diversity Project, assisting in the development of strategic partnerships and pipelines to bridge the digital divide and maximize access to opportunities for underrepresented communities including minority groups, seniors and students. Dr. Bryant has also served as a life coach, advisor and spiritual mentor to professional athletes and their families since 1999. Known to many in the athletic world as “The Players Pastor”, he specializes in providing confidential Life Management services including post-career and retirement transition planning, business development, community engagement and assistance in creating what he calls a GAME PLAN for Success.

As a mother of four athletically gifted sons, I developed a passion for sports early on. I became a sports “FANatic,” attending every possible game and event for each of my boys. I quickly learned that behind every great athlete who believes in himself is a mother who believed in him first. I know that behind every fearless player is a courageous woman who refuses to let him be anything but fearless and the best he can be. I understand that the demands of raising athletes can be overwhelming mentally, physically, and financially. Consequently, I was inspired to found Successful Jocks & The Women Behind the Uniform, a 501(c)3 nonprofit aimed at empowering the women who uplift male athletes. She is active in the Metro Detroit Michigan community and the  Tampa, Florida community, as my son Sean Murphy-Bunting plays professional football for the Tampa Bay Buccaneers. I serve as the Parents & Families Liaison for the Tampa Bay Buccaneers along with Bill Marpet. I also am a member of the Professional Football Players Mothers Association (PFPMA), the NFL Alumni Association and several other philanthropic organizations. "I AM A WOMAN BEHIND THE UNIFORM!" 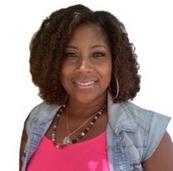 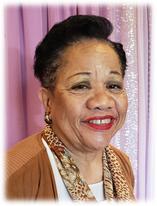 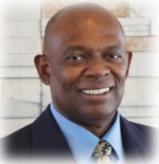 ​Center for the Study of Sport in Society, Northeastern University

Dan  has served as the Executive Director of the Center for the Study of Sport in Society since October of 2008. He is the third executive director in the Center’s 30+ year history. Lebowitz’s tenure has seen a wide spectrum of work, from a partnership with the NFL around sexual harassment prevention to a solidified position as one of the most sought-after resources for capacity-building and leadership education to sport and social change organizations. During his time the Center has done primary violence prevention work with Major League Baseball, the military, the Boston Police Department and other community engagement entities involved in positive youth development and normative culture change. Lebowitz possesses an extensive background in the design, development, and implementation of educational and employment programs aimed at opening opportunity for urban youth and the many underserved and diverse populations of the City of Boston.